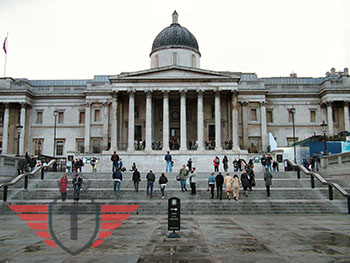 The top five museums in London

London, being the global city that it is, marks not only rapid increase in its population every year, despite the outrageous property and rent prices. London is also a very prominent tourist destination. The large museums that are located all over the territory of the capital attract a great deal of those visitors, so let’s just take a look at the top five among them, ranked in accordance to the number of people who visit them on an annual basis. 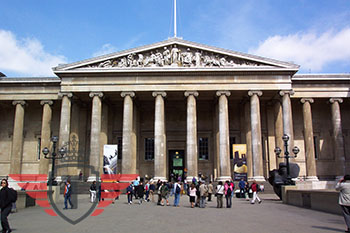 There is no surprise here, bearing in mind the simple fact that the 8 million pieces permanent collection of the British Museum, dedicated to human history, art and culture, is the largest of its kind currently in existence. The collection in question comes from all over the world and traces the history of human kind in all its aspects from the beginning of history until the present time. Actually, it is worth it spending a week in London just in order to see as much of the British Museum as possible. It is a hundred percent certain that you will not be able to see and appreciate even a tiny portion of the collection in just one visit. The main departments of the British Museum are as follows:

While the British Museum and other smaller museums are great places to enjoy classical art, if you are more into the modern developments in the art scene, then the Tate Modern gallery is the right place for you. Tate has the largest collection of modern art in the country today and the good news is that you will have to buy ticket for only special temporal exhibits, while the permanent collection – which is the bulk of the pieces that are on display here – is free. Tate Modern is part of a much larger Tate Group, which includes  Tate Britain, Tate Liverpool, Tate St Ives and Tate Online. The collection of Tate Modern covers the period from 1900 until today, which means that here you are going to have the chance to marvel at the works of notorious names such as Georges Braque, Paul Klee, Ernst Ludwig Kirchner, Robert Delaunay and quite many more. Oh, and did we mention that the Tate Modern Gallery is housed in a building that totally suits the purposes of the places, as well as the spirit and concepts of modern art? Yes, we are indeed talking about the former Bankside Power Station, which used to supply electricity to much of London, until it was redeveloped at the end of the last century in order to fit the purposes of the current establishment that it is home to.

If you are not a fan of modern art, why not enjoy the works of the such as Jan van Eyck, Piero della Francesca, Peter Paul Rubens, Leonardo Da Vinci and hundreds of other artists from the end of the 13th century well until 1900. The National Gallery is recognized as being the fourth most visited art gallery in the world, falling behind only the likes of  Musée du Louvre, the British Museum, and the Metropolitan Museum of Art. The current building is the third one in succession to house the Gallery. It was designed in the 1830s and its façade, which faces Trafalgar Square, is more or less the same as it was when the building was first erected.

Now that is a place that you and your kids alike are going to love. Dedicated to the study and popularization of natural history in all its aspects, the Natural History Museum houses a vast collection, including the personally collected specimens by Charles Darwin during his expeditions. Just like the rest of the publically funded museums in Britain, admission here is free. The most prominent and famous part of the collection is definitely the  replica Diplodocus carnegii skeleton, situated within the central hall. The parallel skeleton of a blue whale is another very well known specimen here.  Make sure to drop by the so called Darwin Centre as well if you want to learn more about the life and work of one of the greatest scientists in history, and also marvel at Archie – an 8 metre long giant squid taken alive in a fishing net near the Falkland Islands in 2004. The Natural History Museum is well known for its educational programs, aimed at both adults and kids.

The Imperial War Museum has as many as five branches. Three of them are located within the boundaries of London. The stated mission of the museum is ‘to provide for, and to encourage, the study and understanding of the history of modern war and “wartime experience” It was opened in 1920 and ever since managed to grow into one of the largest museum institutions not only in the capital, but also in the country. The collection of the Imperial War Museum is pretty rich. It includes personal and official archives from the war history of Britain, photographs, film and video materials as well as oral history, on top on art, vehicles, uniforms, weapons of various sorts, aircrafts and much more. Like any other large institution of its kind, just a day is not going to be enough for you to see everything that the museum has to offer to you. This is actually great news, when you come to think of it, because you will have a reason to come back soon too – and it is always good to have a pleasant day of exploration and learning ahead of you in the future, isn’t it?