Some of London’s Most Intriguing Royal landmarks

London is the official seat of the British monarchy which automatically means that the city is home to numerous places that are associated with the King and Queen of Britain. Here are the most famous royal landmarks of the English capital. 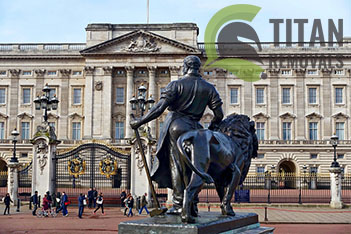 Buckingham Palace: Buckingham Palace is the Queen Elizabeth’s official residence and one of London’s most renowned and recognisable landmarks. In was made the Royal Palace in 1837 when Queen Victoria accessioned on the British throne. It has a total of 775 rooms which are opulently decorated with vintage furnishings and paintings. The State Rooms of the Palace are opened for visitations during the summer months of the year, so make sure that you explore them as a reward for your successful removal in London.

Hampton Court Palace: This majestic edifice was the official residence of the British monarchy until the 18th century. Its most famous inhabitant is beyond any doubt King Henry VII. Hampton Court Palace was the site where the infamous king proposed to his third wife, Jane Seymour. Today the building is open to the public and visitors can benefit from costumed guided tours. The gardens that surrounded the palace are as fabulous and are home to a breathtaking maze which is often described by travelers as a must see site.

Royal Mews: The Royal Mews are fully functional stables and are part of Buckingham Palace. They also house the royal collection of historic carriages and coaches, as well as automobiles which are used during state affairs. The Gold State Coach is the most prominent exhibit of the site and was used during the Golden Jubilee festivities of 2002. So if you are interested into learning more about her Majesty’s transportation means, you should definitely visit the Royal Mews once your relocation to London is over. Know that you can accelerate your move by using professional removal services.

Kensington Palace: Located in Kensington Gardens, this gorgeous building is one of the most interesting Historic Royal Palaces of Britain. It houses a collection of Princess Diana’s dresses and allows visitors to explore the King’s State Apartments and the Queen’s State Apartments. While the Royal Family doesn’t live in the palace it is still the official London residents of numerous nobilities such as:

Other royal sites that are worth a visit: Kew Palace, The Queen’s Gallery, the Tower of London, shops that are granted with a Royal Warrant Holders.