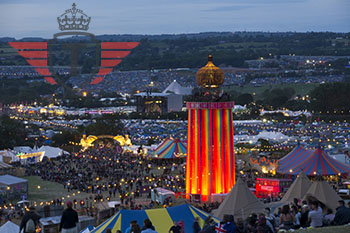 If you are looking for new and exciting ways to spend your days off work this summer, or you are simply one of those people who love music more than anything else, then the following list of the best music festivals in Europe this summer is just the thing for you. 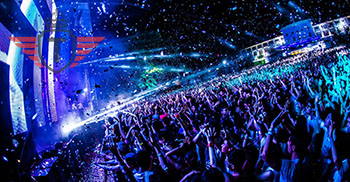 Held at the medieval fortress in the town of Novi Sad, Exit proved to be one of the freshest summer music festivals in Europe in the past several years. A very curious fact is that the origins of the festival are in the student movements for freedom and peace in Serbia and Macedonia, giving the whole event a unique angle. It might be a little out of the way of the typical tourist and traveler, which is yet another reason why you should consider going there.

If you think that the true spirit of the British independent music scene is dead, think again. You will find out that it is all well and thriving, especially at venues such as the Secret Garden Party, which this summer is going to be held on the 21st July in the small town of Huntingdon. Remove the dust from your old vinyl records and prepare for a night of dancing and fun like nothing else that you can possibly experience in an ordinary club or concert. The whole spirit of the Secret Garden Party is shrouded in mystery, which becomes apparent from the very website of the event. Check it out now, because you should see this yourself.

Fans of electronic music know that Belgium is the place to be in the summer. Tommorland was created in 2005 and in the past decade it has been among the major music festivals in the world, gathering tens of thousands of people. It is held in the small Belgian town of Boom, which at a short distance from the big cities of Antwerp (16 kilometers away) and Brussels (32 kilometers away). Here you are going to have the chance to experience electronic music the way it was supposed to, and join people with interests and tastes similar to yours for a couple of days of true musical celebration. It is not something that you can easily dismiss.

The original green-field open air festival and the biggest one among them too. In addition to paving the way to similar events all across the world, the Glastonbury Festival has the definitive advantages of having all the positive sides of such an endeavor with very few of the negative ones present at the same time. Surely, you will have to travel a bit, and getting through the gates of the festival also takes some time, but once you are in this marvelous city of tents and great music, it is as if you have been magically transported in another time and world. There are very few things that can compare to that in life. The atmosphere and the people here are all great, mainly because everyone has come to have a great time and nothing else.

Sziget is already in its 22nd edition and has proven to be the largest multi-cultural event on the territory of Europe, which is a big thing in its own right. The festival was first held in 1993. Today it is expected to gather more than 400 000 people during every edition. The venue is magnificent – a big island in the River Denube, right in the heart of Budapest. People from over 70 countries come to Sziget for a weekend of around the clock parties and live concerts in one of the most colorful and life-affirming events of the year.

As the name suggests, this multi-genre festival is held in the city of Ostrava in the Czech Republic. It is held on the premises of former mines and ironworks, which is pretty impressive in its own right. Over the years, the festival was headlined by some of the most notable names in the contemporary music scene, including Robert Plant, Alanis Morissette, Cranberries, Sinéad O´Connor, Bobby McFerrin, Mariza, Salif Keita, Jamie Cullum, Janelle Monáe, The Flaming Lips, Antony and the Johnsons, Jan Garbarek, Gipsy Kings and many others. In addition to the concerts, the Colours of Ostrava offers to its visitors theatre events, various workshops, film projections and much more. It is definitely worth it to put some time aside for it.

When putting together your festival calendar, you should definitely have Soundwave in mind. It is organized by British promoters, but in contrast to festivals that are being held in the United Kingdom, this one has the definitive advantage of being organized on the Croatian coastline, which has some of the most beautiful scenery in the whole of Europe. If you want to mix your love for music with some breathtaking vistas, while enjoying the hospitality of one of the best developed countries on the Balkans, then the Soundwave Festival is definitely the right place for you.

These are only a portion of the best music fest that are going to be held in Europe this summer. As you can see, they are quite eclectic, so you are definitely be able to make you pick.

The pros of going to Music Festivals, instead of individuals concerts are many, like: